I'm sure it comes as no surprise that one of my favourite ladies in the spotlight is none other than Taylor Swift. I admit that she isn't perfect and that some of the things she does is problematic (including being a white feminist) but for the majority of the time the things she does fills me with joy. So, on this very special day that is her 27th birthday, I thought I would bring you my favourite music videos from each of her five albums. Hope you enjoy! 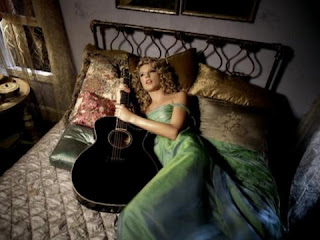 Taylor Swift (eponymous) - Teardrops on My Guitar
Even before I was a fan of hers, this was one of my favourite music videos. The school setting works perfectly in telling the story of young love and I think they really used it to their advantage. I believe this was only her second music video and you can tell it was in the early days of her career from how beautifully curly her hair is. It looks adorable! Finally, the sea foam dress that is everything in this music video. Honestly, I think that may still be one of my favourite things that she's ever worn. 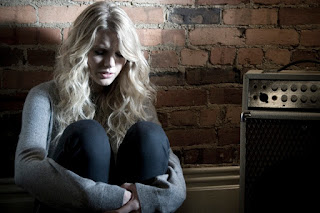 Fearless - White Horse
Not only is this a very emotional song, but it's also a tragically beautiful video. I really love how everything in this video is quite grey as if it's constantly raining and I like that idea of pathetic fallacy. This is probably one of Taylor's most raw music videos and I think it's so well done and I love it. The flashbacks to when the couple were together are adorable. One complaint though, is that in a behind-the-scenes clip Taylor said that she was the "other woman" in the relationship and I'm not too sure that it came across very clearly when watching it. 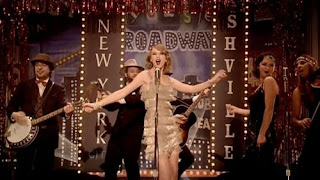 Speak Now - Mean
This video is iconic in so many ways. First of all, the banjo is probably my favourite instrument that Taylor plays and I love that we get to see it so prominently in this video. Next is the three young actors and how you get to see them go from being bullied to being successful. It's really rather inspiring. My final favourite part of this video is the transformation from run-down country girl to  flapper singing on Broadway. This video has an amazing aesthetic and I really love how each element in it is all woven together so well. 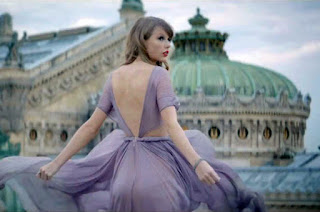 Red - Begin Again
To me, Begin Again kind of marks the beginning of the 1989 era and I love the peaceful nature of it, but the thing that makes me adore this song so much is the music video that accompanies it. The Parisian vibe that this one gives off is so cool and atmospheric that I don't think you can help but to feel sucked into this little love story. Also, how can you not love the rooftop scenes? The fact that Taylor is wearing such a beautiful lilac dress and dancing around on the roofs of Paris is enough to make anyone jealous. Seriously, get yourself a job that allows you to dance on rooftops. 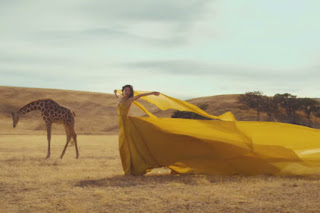 1989 - Wildest Dreams
The whole 1989 album had such wonderful and completely different videos that it was quite hard to pick a favourite, but I have to say that my all time favourite has got to be Wildest Dreams. The setting of a 1950s film set is so hopelessly romantic and the whole idea of Hollywood in the Golden Era just has this wonderful quality to it. I really do think that the story of the video fits very well with the song and I really enjoy all the videos Taylor made with Joseph Kahn for this album. One last thing, the fact that this video helps protect animals as well is also pretty swell.

There you have it, my favourite video from each of the five studio albums. Wishing a happy 27th birthday to the one and only Taylor Swift.