The BBC are KILLING it!

Living in the UK, one of my favourite broadcasting companies is obviously the BBC. They always have really excellent shows and today I thought that I'd share some of my favourite shows that have been on recently that I've caught on BBC iPlayer or seen live. I'm not entirely sure how many shows I've compiled so we'll just have to work through each one individually!

The Missing
I wasn't aware of this show when the first series came out, but my friend told me about the second series so I hopped on the bandwagon and started watching it. This is a creepy thriller of a show that follows what happens after a kidnapped girl comes back. It's set in Europe and you get to see Germany, Switzerland and France. A very atmospheric show and it did scare me a little, but it was just the right amount of scary so that I could still get to sleep at night. 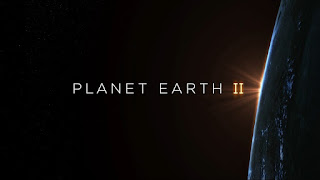 Planet Earth II
Everyone loved Planet Earth the first time it came around, and this time is no different. Unfortunately, I was a little late to this train so I only caught about half of the episodes but I really enjoyed what I did get to watch. Sir David Attenborough narrates beautifully shot clips of animals in their natural habitats with a wonderful soundtrack and lots of interesting facts! 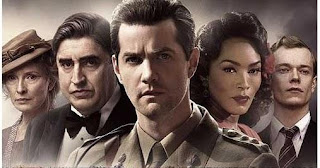 Close to the Enemy
This historical drama took me by surprise when I started watching by chance. Again, I'm not fantastic and keeping up to date with things on BBC iPlayer so I think I only watched the first four episodes, but I really enjoyed them. It follows a British soldier who is trying to persuade a German scientist to work for Britain and help them to develop bombs and other military things. I think this series also had a very minute creepiness to it, but overall it was just an enjoyable period drama. It was also nice to see what came after the war, as opposed to being in the height of the Blitz. 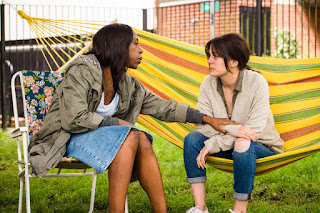 NW
I have yet to read any Zadie Smith, but when I saw this adaptation of her novel on iPlayer I thought I'd give it a watch. This was a really enjoyable(?) thing to watch and it's definitely made me want to pick up the novel sometime soon. It follows three separate characters and looks at how their lives interlink and the different secrets that some of them are hiding. Obviously, I can't comment on whether it was an accurate adaptation or not but I've heard some people say that it was pretty accurate. 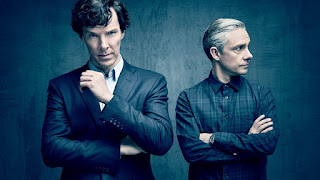 Sherlock
Just like everyone else in the UK, I am a big fan of Sherlock. At the time of writing this the last episode of the the fourth series has not yet aired, but I think it might be a good one. My favourite series were definitely the first two and I did enjoy the third as well, but with all this waiting for the next episode I feel like we've lost a little bit of the core of the show. The first episode of the fourth series did disappoint me but the second episode definitely pulled it back. I'm looking forward to seeing how it will conclude and would highly recommend that you watch it. 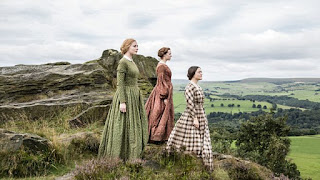 To Walk Invisible
This two hour long drama following the Bronte sisters wasn't completely fantastic, but I did still enjoy watching it. I would say that the marketing plot was a little off, though as it really followed the effects Branwell had on the family as opposed to the core of the sisters writing exploits. It was beautifully shot, though and it was nice to get a little bit of context to the Bronte's lives as I've only read Jane Eyre, but am looking to read Emily and Anne's novels as well. 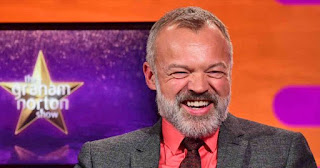 The Graham Norton Show
I'm not a massive fan of talk shows, but the GN show is one of my favourites. I love Graham as a presenter and I think he's the right person to be doing something like this. He has the balance between telling jokes and keeping things serious perfected. The other reason I love this particular talk show is that he always has a variety of guests that you wouldn't normally see mingling, but you then get to see how they bounce off of each other and interact. Also, the big red chair stories are just plain old hilarious 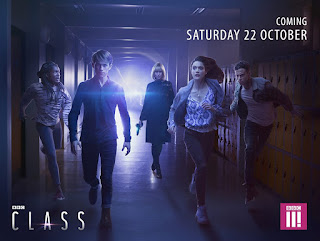 Class
Patrick Ness' young adult Doctor Who spin off is wonderful. I've watched either three or four episodes, and I'm really loving it. The other episodes are recorded and I'm looking forward to getting round to them and seeing how the story develops. It can be a little bit cheesy or unrealistic but it is, after all, a sci-fi show. Thankfully, this is a really diverse show with characters of different races, sexualities and also disabled characters. Where I left it, things just got a little serious so I'm anticipating watching the next episode.

I believe that those are all the reasonably recent shows that I wanted to share with you today, but as I discover more TV shows and hour long specials I think I'd like to make some more of these posts so I can keep discussing what I love to watch! What's your favourite thing the BBC have done recently?